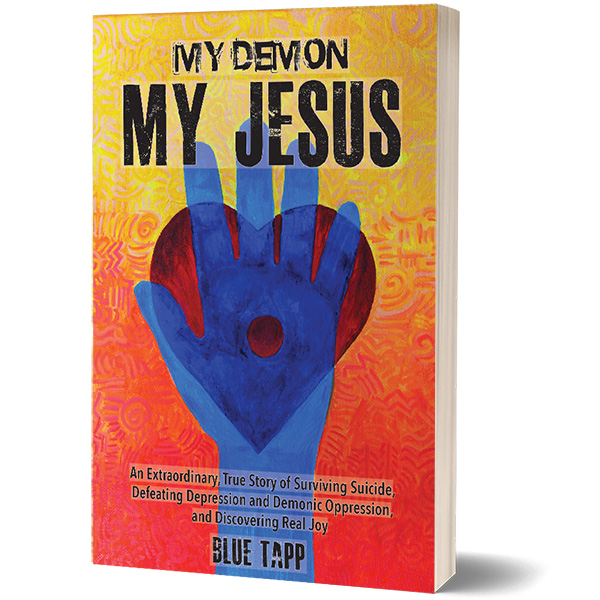 A near-death experience, a botched suicide that worked… then didn’t.

God had another plan.

“My Demon, My Jesus” is a Christian memoir about the author’s struggle with suicidal depression and how she conquered her demons.

At 30 years old, Blue Tapp attempted suicide by swallowing a handful of sleeping pills. Her spirit left her body before she was brought back to life in the hospital. Blue is alive today because God miraculously saved her life. Four angels appeared and helped her call for help before she died.

However Blue’s battle with depression was far from over. She spent the next three years addicted to prescription medication under the care of a psychiatrist. But pills cannot cure depression.

Today Blue is completely free of depression and medication. She has learned the keys to living an amazing life of joy and victory. ”My Demon, My Jesus” describes her healing process through meditative prayer. Others who suffer from depression can follow these same steps to reach true lasting healing.

Blue’s healing was miraculous. But it was not instantaneous. It was a process of learning how to think in a healthy way, how to shift thought patterns and spirit life from defeat to victory. Blue’s journey will help others climb their way out of the trap of poisonous thought patterns and prescribed drug addictions. There are so many people fighting this battle…

Blue’s story took another extraordinary twist in 2019. She began experiencing astonishing visions where her soul was taken to heaven to pray for the world with millions of other saints. Today the visions continue weekly with messages from heaven. God wants us to know that He loves and cares deeply about each one of us. He wants us to know Him intimately. All believers are being called to join with the saints in praying for our world, for a great awakening that will draw multitudes of people to the heart of God.

One of God’s charges was to write everything down, every vision in detail. As she did this, a connection became apparent between the visions and her own life journey, from her early experiences of demonic oppression and suicidal depression to eventual miraculous healing. The visions about God’s love were a message of hope to everyone battling depression.

So she’s told it all… from a demonically oppressed disturbed child who also fell in love with Jesus and prayed to become a Christian at six years old…to a suicidally depressed young adult who overdosed on sleeping pills and was brought back from death in the hospital…to years addicted to prescription drugs…to miraculous healing, victorious life, and divine visions. Don’t miss this incredible true story! 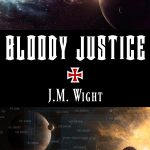 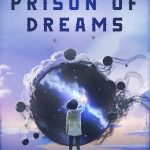