While trailing a serial killer on horseback, homicide detective Beth Chambers finds she has somehow ridden back in time—to 1888! When she comes across injured Marshal Rad Morgan, she has no choice but to try to save his life. Though the handsome marshal believes a lady should stand behind her man, Beth is determined to catch the killer she’s chased through time, and prove she’s a capable law enforcement officer in any century.

A former Union soldier, Rad has survived the Confederate hellhole of Andersonville Prison—but his toughest challenge is beautiful Beth Chambers. As the headstrong female detective from the future lets him in on why she’s there, Rad becomes convinced that her stubbornness may get her killed. But when he is shot and left for dead, the marshal has no other choice but to put himself in Beth’s hands—and hope they can both survive!

Two officers of the law from different centuries chasing the same killer could be a recipe for disaster—especially with the distraction of love!

Liberty Valley Love, Yesterday and Today ~ where no matter what, soulmates find each other. 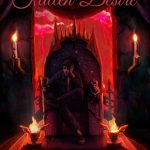 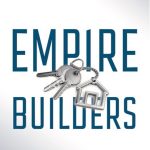