The universe is a dangerous place.

When you’re out in the black wilds of space you might encounter warring pirate factions, rogue planets, or even find yourself on the wrong side of the Royal Union, the ruling government of the Triumph galaxy. Unfortunately for Halstaan Cross, it’s all three.

Halstaan is the chief engineer of a long-range rescue/salvage ship that patrols the dangerous frontier.  He is relied upon to keep the ship running and ensure that salvage and cargo is rendered safe and stowed without incident.  The crew counts on him with their lives and their livelihood. But he is also hiding a dark secret that may threaten the whole crew.

Ro Javlin is a young man from a remote planet setting off into the universe for the first time. Bound by duty and pressured by his community, he reluctantly accepts a commission to attend the Royal Military Academy.

When Ro’s path unexpectedly intersects with Halstaan, the two are thrust into the midst of a discovery that will affect the entire galaxy and change the course of their lives forever. 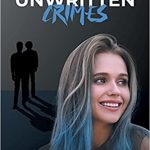 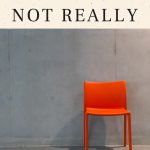