Darren made a deal. A deal for a new soul.

In Agartha, you belong to people with the same your soul’s aura color, and Darren doesn’t belong, he can’t be a red.

But is he ready to pay the nefarious spirit he made the deal with, the price of a soul?

Darren has to travel through Agartha, seeking a way to end the deal he made. And even though he has the support of his friend Mara, fighting minotaurs, trolls and harpies pauses a horrible threat to their journey.

Would they survive enough for Darren to get free, or will they face a pre-mandated fate worse than death?

While Darren and Mara face the terrible challenges of Agartha, Ethan, the Green Boy, traveled to the surface world searching for a cure to his fatal condition.

Only one person can help him, Merlin the eternal wizard, a man believed to be a myth.

Darren, Mara, and Ethan are all hurtling through the world under the illusion of free will, but an ancient prophecy that foretold the destruction of two worlds might have them in its grasp, leading them to their doom.

The fates are watching, calculating, and judging…

No one has ever escaped their judgment — but could this change?

The follow up to the award-winning “The Green Boy” 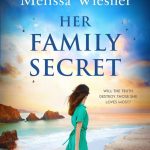 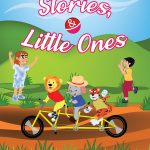