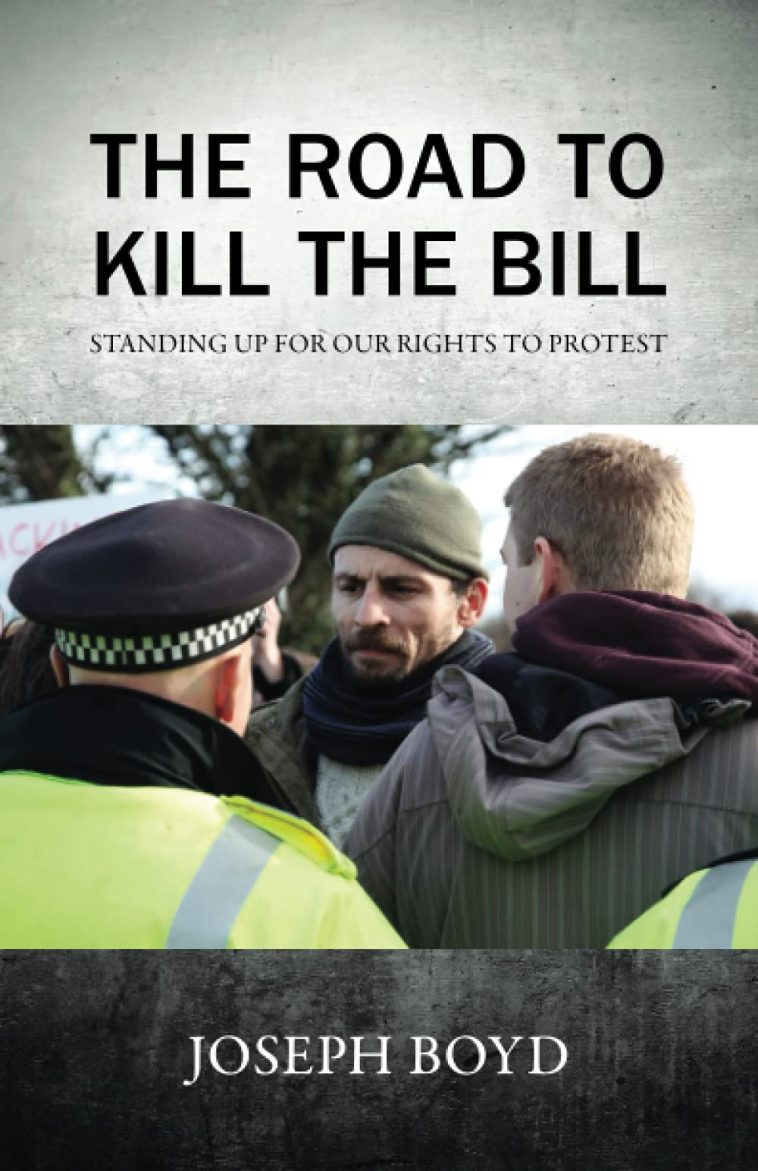 Manipulation, deceit, corruption. Yes, we know it exists and let’s face it, narcissistic, toxic behaviour is not only now normalized in society, it’s actively being encouraged and praised.

Yet this book is so much more than simply another account of good versus evil. David versus Goliath.

Throughout the book not only does Joe recount the journey of communities coming together to defend against attack from the usual and expected vested interests of corporate wealth and power, it also highlights the role of some of the well-known action groups (NGOs) in shaping how and when protest occurs and questions just whose interests are being served. Even more telling is the expose of those agents and infiltrators sent in to derail all meaningful grassroots protests and enable the ongoing march towards authoritarianism and destruction of our human rights that we are now witnessing.

Read this book. Question everything. Keep a watchful eye on people’s actions regardless of the words coming out of their mouths. And never hand over your power. Nobody is coming to save you regardless of what they might tell you. As Joe highlights. If a working-class, recovering addict can take on and beat wealth and power then we can all play our part in defending our rights.

Having met Joe on the anti-fracking campaign from the day I met him it was clear he was not your ‘ordinary guy’ if there is such a thing!
His personal journey and courage are so well written, and with his objective open-mindedness driving him he must be one of the most courageous people of our time by taking on the true problem we face today – corporatism which has no personality or ethics, and is merely greed on steroids accumulating vast wealth, and even though only a fiction of law has become the new false idols much worship, where the usual justification is mere ‘just following orders’ by both their employees as well as those policing, as was confirmed by the commander on the site to me much to his embarrassment when he said ‘we have a convoy coming’ to which I responded ‘I thought you were here to uphold the peace, and not as publicly funded private security to fulfil the government’s agenda!’

Joe clearly shows change starts with each of us individually, and we must have the courage to follow our feelings, and stand out from the crowd and get on with it… waiting around for others does not cut it!

Without the rule of law, there is no point in being in society, and Joe brings that across so well.

Joe’s well presented and acute insight into how the state and industry use underhanded tactics, moles, agitators and undercover agents to infiltrate and control protest movements across
the UK is required reading for anybody involved, or considering becoming involved in any form of “organised” protest and should also serve as a warning that our most fundamental of rights, the right to protest, is under attack from every angle. His keen observations (particularly around the protest controllers at Preston New Road) are observations that I and others that bore witness, share.
Geology stopped fracking, as many of us believed it would… Just as well really, because controlled protest, is no protest at all.

There is so much important information within this book.

From government-approved corporate deception of shareholders and the general public to the sanctioning of criminal acts by undercover police, all in the name of stifling effective non – violent protest, the author has clearly concisely laid out the bigger picture behind current events.

No doubt about it; the truth is stranger than fiction.

Without the slightest exaggeration, I honestly think the message of Joe’s story stands alongside the treatment of Julian Assange as the most important message of our time. Sadly for most, it is a message they will not want to hear or comprehend.

For many years Joe has been involved in all aspects of environmental activism, learning about protest movements, energy policy and protest law. This knowledge and expertise led him to the Royal Courts of Justice Appeal Courts in London, UK, to defend the right to protest in a landmark civil division ruling. He has a Masters in Public Health (Addictions) from Liverpool John Moores University, International Studies undergraduate degree from the Open University and received the Healthy Living award alongside other Public Health professionals at the Liverpool Echo Environment Awards 2019.