The election was declared finished and final by the powers that be despite half the country (or more) believing the results were illegitimate.  Congress certified the results, and the new President of the Federated States of Fantasia was later sworn in with pomp and circumstance.  That’s all behind us for now, including all the hoopla, parades, receptions and parties.  Most all the out of town dignitaries, including the Army that was especially called in, have left the nation’s capital city.

It’s late at night on a Tuesday in January of the Year of Our Lord 2021, with cold, bleak, and biting weather, dark with no moon and no visible stars.  There’s a light snow on the ground.  Now and then there’s a gust of wind that rattles the windows of the old house.  The city is quiet with hardly any traffic, the noise of an emergency siren is heard in the distance, and there is no one out walking in the dark, cold night.  The clock found in the bell tower of the old church across the street has just struck twelve, and the bell tolls the time.

Jack Phlippant, a 45-year career politician is now an old man, but has finally achieved his life ambition to become the president.  He ran unsuccessfully in various primaries in previous elections but never made it to be nominated. 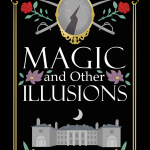 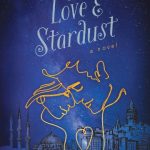