From the age of eight Charlie Bluster was cursed with glimpses of the future that kept him up far past his bedtime. His visions allowed him to see the results of epic soccer matches, alien invasions of the Earth and even the number of lumps in next Thursday’s porridge!

The gods of fate want Charlie stopped while the Mafia and other Evil People with Bad Haircuts want to exploit him for ill-gotten gains!

Read this exciting and funny new fantasy story of destiny, un-gods, and erupting volcanoes, for adults and children of 10 years and up.

Zeus’ drink was taking longer than normal to come, he peered over and saw that the milk frother had stopped working. He took a quick look around and as the coast was clear pointed a finger at the machine and hurled a miniature bolt of lightning at it. The frother spluttered back into life and spewed milk all over the barista.

This was Strictly Against the Rules, but he couldn’t risk some minor little upset blowing out of proportion and causing Jeff to go out of business. Zeus had been around a long time and he was certain that Jeff made the best hot chocolate in this Plane of Reality.

Click here to visit our page on Amazon where you can get the book, read further free excerpts and find out more about the main themes and characters.

Graeme is a public speaker for a big technology company and has written tons of articles and blogs on Boring Work Subjects. He is a big fan of fantasy and science fiction and even owns every one of the Discworld books (he also has a massive bookshelf). Graeme has 3 little children and has started to write books to keep them amused and stop them fighting for more than five minutes (which seems to have worked).

Graeme is constantly getting into trouble by being involved in all sorts of bizarre and wonderful projects from writing mobile computer games to designing satellites that explore Outer Space. His favourite character is R2D2 and he actually really has a signed photo from Kenny Baker himself!!

Find out more at:
https://gc.charliebluster.com 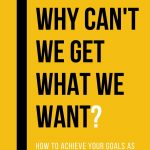 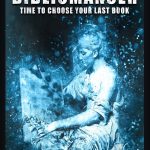