Detective Amanda Glass of Sourville, North Carolina has seen quite a few things on the job, Bun nothing had prepared her for this. Though she managed to deal with an incident involving psych ward patients, something seemed…off about them. Their faces were blurred, and they seemed bullet resistant.

She can’t put her finger on it, but there’s something going on, something dangerous. The psyches of Sourville’s citizens are unraveling and nothing seems to be able to stop it.

Will Amanda be able to find out what it is and put an end to this madness? Or is it game over for all of Sourville?

In 1973, a creature known as The Shaker appeared to four psychologists in Sourville, North Carolina, and began a game entitled “The Pandemonium,” in which paranormal terrors would build up and leak out into the world for 33 years. The psychologists must successfully cure 33 of the town’s most demanding patients before New Year’s 2007, in which a keepsake from every cured patient must be offered as tithe in a process known as the Neon Funeral, which will mark an end to the game. If the psychologists fail, the entire town will be flung into an endless psychosis known as the Neon Void.

It is 2006, and Dr. Faust, the last surviving psychologist of his era, is now tasked with fending off the massive unraveling of the townspeople’s psyche while coming to terms with his failure to help his last two clients, as well as his own failing health. With a monstrous version of an irredeemable client from his past on the loose, a weary local detective may be his last serendipitous link to redemption. 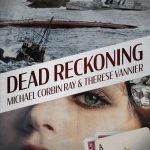 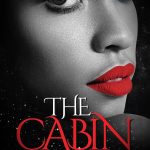